Malagasy Farmers Send Their Kids to School Just to Read and Write.

"Education is the most powerful weapon which you can use to change the world." -Nelson Mandela

Like many underdeveloped rural areas in Madagascar, achieving higher education is difficult in Androy. When it is pursued, it can be a game-changing gift. There are several key constraints that prevent everybody from accessing this gift, even in an age where the UN Sustainable Development Goals aim to provide quality education for all.

According to a survey done at Nofy i Androy, about 75% of NiA parents are farmers and 50% quit school in fifth grade. Once one passes fifth grade, students must then pass an exam called CEPE (Certificat D'etude Primaire Elementaire) in order to continue onto sixth grade. However, the financial burden of both preparing for the exam and attending higher-level educational establishments can be too burdensome for most rural households. If a student has overcome overcrowded classrooms, limited materials, poorly trained and unmotivated teachers, and a lack of educational support at home to pass the CEPE, they are often forced to relocate to the nearest large town which even provides middle school. This might require walking ten to fifteen kilometers a day, living with relatives or renting a house, purchasing and cooking your own food, buying school materials and paying school fees, and, not insignificantly for young people, developing the discipline and motivation to overcome these challenges, while still attending classes averaging 100 students on a daily basis. Without any guarantees of future employment in a country like Madagascar, many farming households make the decision that this investment is not worthwhile, and thousands of kids miss out on what is considered a basic right for children.

These challenges are magnified for young women in a patriarchal society. In my previous article, I described how the birth of a woman in a family is celebrated as a great gift, not due to the same motivations you see in the west, but because it means the family will one day receive money and cows for her hand in marriage. According to the uncle of NiA student, Cendria: "sometimes fathers give their new born daughters names like 'Ho Vosi'e' which means 'I will one day receive a cow because of her.' Or names like “Rohi’e” which is a term for a cow being tied in a barn, waiting to be milked and providing a profit." This lays the foundation for a dynamic where girls are considered currency to be traded for marriage.

In the Tandroy culture, a woman is a commodity and a cow is bank—to a Tandroy, a cow is his bank because he’s "too uneducated to trust other institutions to hold their money." Instead, their savings are counted in cows. As soon as a woman starts going through puberty, men come to her father with cows and money to demonstrate his ability to financially support not only his wife but also the rest of the girl’s family. After this marriage proposal, the girl usually stops going to high school, as the expectation is that she become a mother and start having as many children as possible, as quickly as possible. In addition to the emotional burden this places on young women, the physical burden of childbirth at a young age can cause severe physical complications in a region where medical services are severely limited. But this transaction isn't limited to young women who have gone through puberty, as men in Androy can even 'reserve' a girl at infancy for future marriage. Educating our students about this trends and alternatives is one of NiA's principal aims. We must change these traditions and educate girls in order to allow them to choose who they want to become.

Cendria is one of NiA’s original students, and has faced all these challenges. At nineteen years old, she's preparing for her BAC (Baccalaureate), the mandatory university entrance exam. She is from one of the rural villages outside of Ambovombe Androy called Androhondroho. Due to the lack of higher education in her village, she began living outside of her home after she passed the CEPE at eleven years old to get higher education in Ambonaivo. There, she had her aunt raise her. She considers this aunt as her own mother as her parents separated when she was very young and her father was unable to put her in school. Unfortunately, though, Cendria’s beloved aunt who raised her, passed away on April 24th, 2016 after battling diabetes for six years. Now, NiA is one of her only support structures. She takes full advantage of the tutoring courses provided at Nofy i Androy, and regularly points out that without NiA she wouldn't be where she is today. Her father wouldn't have been able to continue putting her to school since he is a farmer who relies on limited agricultrual production to feed his large family.

When we launched Nofy i Androy, we offered Cendria and other students housing so that they could focus on class. She now lives across the street from NiA. When I wake up, the first thing that catches my eye is Cendria's room. She lives in a shared house that Nofy i Androy rents for her. Eventually, I noticed that I never saw her lighting cooking fire outside, so ubiquitous a practice for families in Ambovombe. I then thought about her schedule as a high school student and a Nofy i Androy student. When would she even have time to cook? School starts at 7AM until 11:30 AM, and in the afternoon at 2PM until 6PM. After school, she attends NiA sessions until 8:30 PM and stays in the classroom until 11PM to take advantage of the solar panel in the classroom to study on her own, since electricity in Ambovombe isn't stable. Given the amount of time it takes to prepare a fire, boil water, cook rice, wash dishes, purchase food at market and water from a cart, how could a young woman, living on her own, manage this?

To understand her challenges and motivations better, I invited her over for lunch and asked a few questions:

How often are you able to eat?

I don't eat very much because sometimes I don't have food to cook. My parents are farmers and when it's harvesting season they come and bring me corn or manioc, but when it's dry, like this time of the year, they try to send me 3000 Ariary (less than $2) every Monday. Sometimes when there's no money and nothing to eat they don't send me anything for a while.

When your parents don't send you anything, how do you eat?

There's a family that lives in the room next to mine and sometimes when they notice I don't have anything to eat they give me a plate of food and I accept it thankfully. But other than that I just study.

Breakfast is the most important meal of the day, do you at least eat breakfast?

I really try to avoid eating breakfast because the food and money that my dad sends to me aren't frequent. Sometimes there's money sometimes there isn't and I need to adapt to not having to look forward to breakfast every morning. It would be another problem for me to feel hungry and look forward to breakfast every morning when there isn't any left over food or money for breakfast. I don't want to get used to eating breakfast. I also tell myself that I'd rather eat later in the day or lunch to continue the afternoon than run out of food early in the day. Then I won't have energy for the rest of the day.

Hearing this, my heart ached and could not help but insist on visiting Cendria’s family in her village, which was an eight mile walk. There, I met her father and his relatives that help tend his land. Her farther expressed his gratitude towards NiA for allowing Cendria the opportunity to continue her education. He said he "never thought Cendria would be where she is now. Preparing for the BAC and I thank God for the existence of Nofy i Androy who has helped my family by giving my daughter the high education she wants. I believe she will change our lives for the better with what NiA has done in the past four years. It will be a blessing if she passes the BACC. The reason I sent her to school in the first place was because I wanted her to know how to read and write. That's it. It never crossed my mind that my daughter would continue beyond fifth grade. People in this village, and in most of Androy, stop going to school after fifth grade because it takes money to prepare for the CEPE diploma which you need to continue onto sixth grade. They stop there because they can't afford it. They're just happy that they can farm and can read and write a little. But they're just at the wrong place where it's dry and never rains and where the farms are dying from the blazing sun."

Cendria's heartbreaking reason for not eating breakfast shocked me. It is dreadful that she chooses not to eat breakfast because she often wakes up to no food or money. Because of this, NiA has begun to provide food for NiA students like Cendria, and others who spend the night in our classroom to take advantage of the solar panels to study late into the night.

Cendria also introduced me one of her friends in the village who went to elementary school with her. She now has four kids at twenty-four years old. Cendria mentioned that this would have been her situation has she not had the chance to continue studying.

Cendria is a passionate, ambitious and dynamic student. She hopes to graduate from high school and to attend university. She is highly energetic and smiles like she has everything she needs, like she's eating every meal. She wants to become a doctor and hopes to one day run an NGO that helps those in need like Nofy i Androy. She is determined that she will succeed in everything she puts her heart into.

NiA is committed to helping Cendria achieve her goals, and with your support, we can continue to provide the physical, educational, and finanical support structure to help Cendria and other NiA students continue their journey. As NiA students get closer to high school graduation, NiA is exploring the possibilty of creating a university scholarship fund that will help them with school fees, transportation costs, housing and food. It only costs $40 a year to attend a public university in Madagascar, including housing and food, and your continued support of NiA can make this possible. If you are interested in volunteering your time, skills, or knowledge, we are also happy to hear from you. Please don't hesitate to reach out to us through our website, our Facebook page, or by e-mail, if you would like further information on NiA. 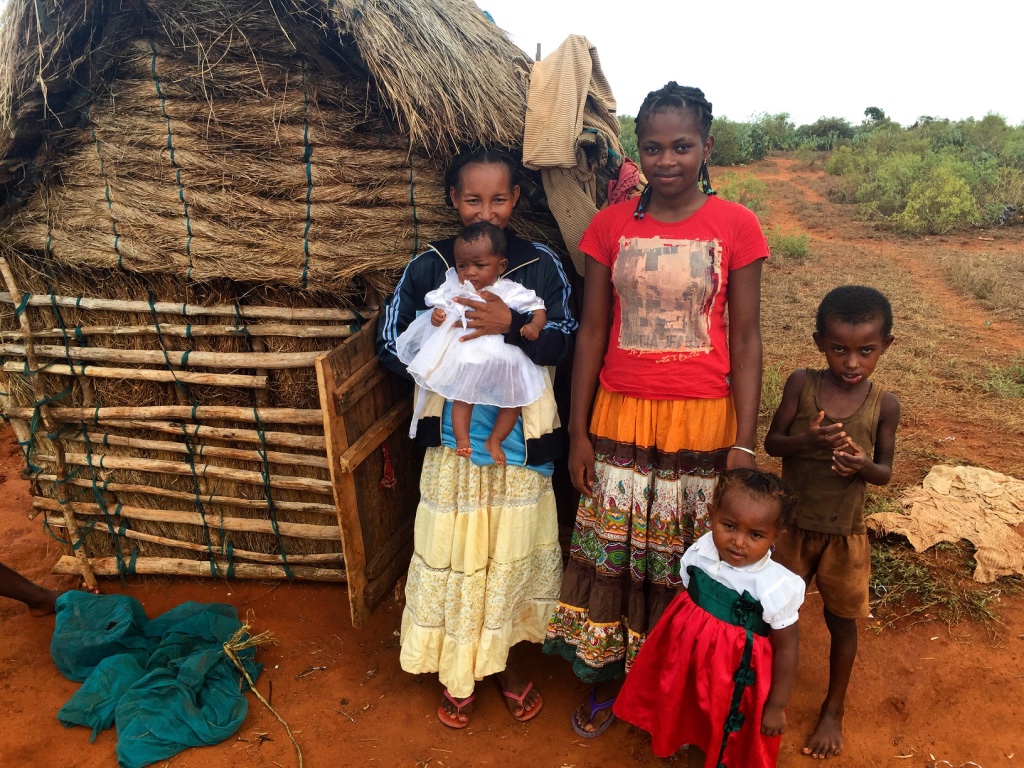 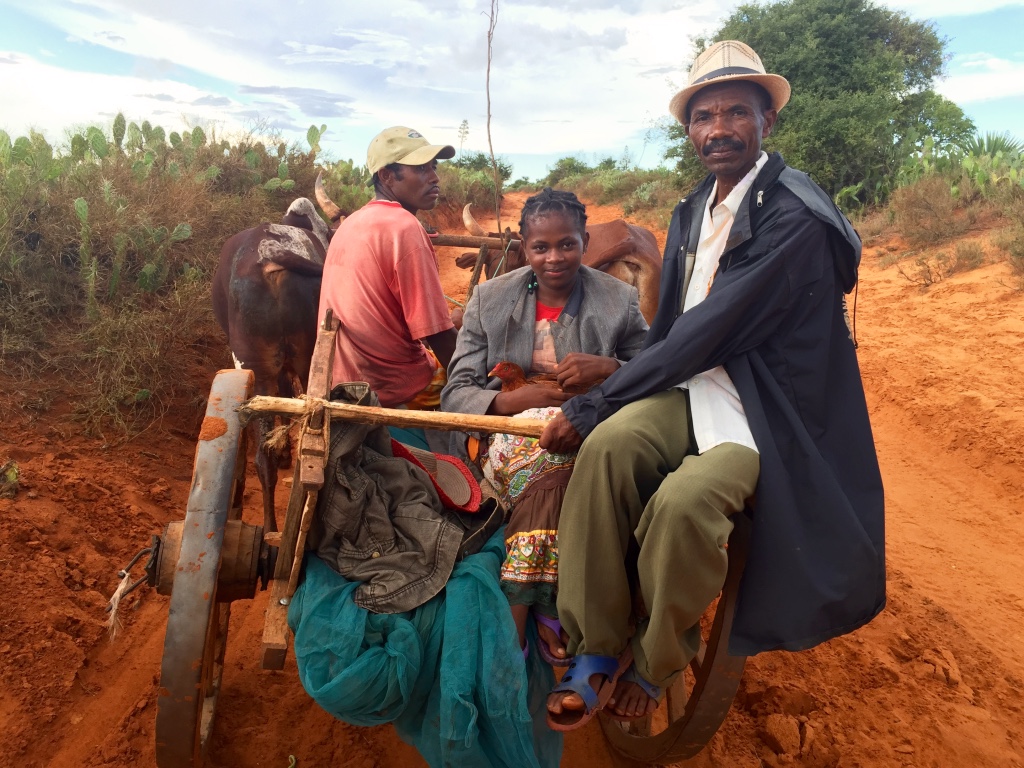 A letter from the Director of Nofy i Androy: My eyesight is decreasing but my vision is expanding.

Senioritis: Nofy i Androy Students Moving On to University